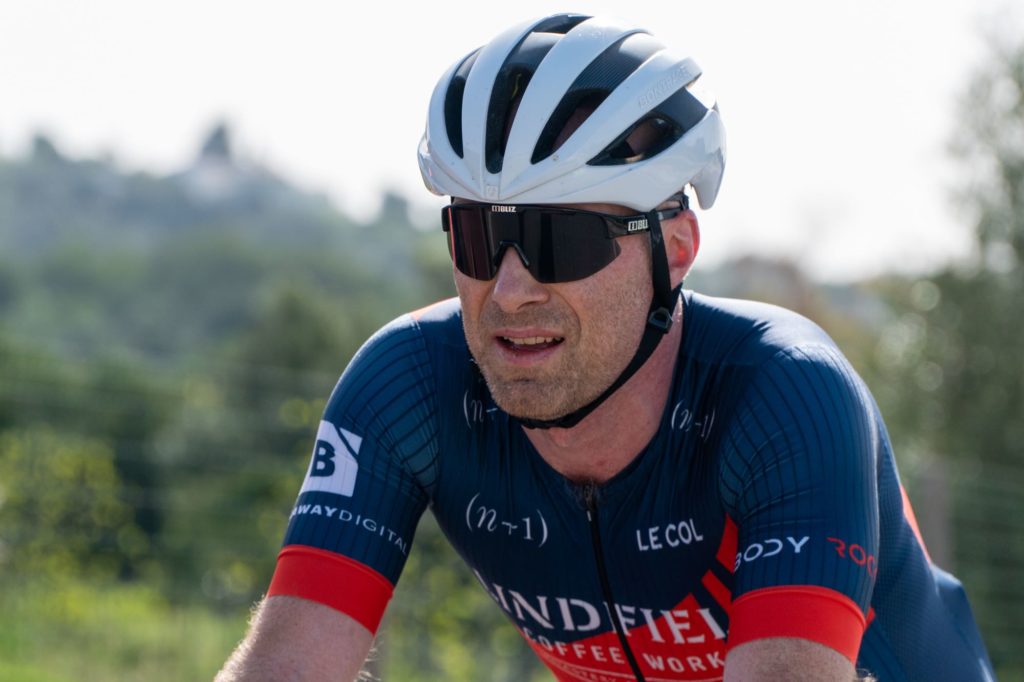 Just over three years ago I decided to get into road cycling, little did I know (or my wife) what lie in store. My last road bike before this was a Raleigh Pursuit from the mid-80s, how bikes have changed since then. After many hours drooling over countless bikes, I ended up with a lovely carbon beauty equipped with Shimano’s Ultegra groupset from a wee Canadian bike company called Devinci. She was a real beaut!

To say the least, I fell in love with road cycling and lycra and put some serious miles into this bike. Not satisfied, I then tried my hand at racing, fell in love with that and within 3 races found myself classified as Cat 3! Well and truly bitten by the racing bug, I was soon caught out eyeing up a dream bike, I had started to fall out of love with the ageing Devinci! I soon found myself going the way of so many before me and into the world of N+1. Before I knew it, I had already bought another 2 road bikes that I didn’t quite fall in love with and sold on. Then a third was purchased, it was love at first sight. Now there was another more beautiful bike alongside the Devinci. My Trek Emonda had arrived, there was no looking back, we went everywhere together. The Devinci had been relegated to the dreaded winter bike, a life of turbo torture and wet gritty roads lie in-store.

Things were going well, life in the fast lane was awesome. I was enjoying my second season as a Cat 3 “specialist” on top of my trusty Trek. That was until the day a small incident stop my racing in it’s tracks. I had somehow managed to damage the frame! It turned out that I was going to be without my Trek for quite some time.

With more races in less than a week, my eyes again turned to my Devinci. She was looking a little sorry for herself and in need of some urgent love and attention before I could consider racing on the old girl. This is where being part of a team really comes to the fore. I received some very kind offers to help me get back on the road, but chose the route of reviving my old Devinci.

Being part of N+1 Lindfield Coffee Works race team this year for me has been awesome, we have a small group of riders that really look out for each other and go beyond what you’d expect. My hat has to come off to the 2 Dan’s at N+1 for taking my poor beat up old Devinci and giving it a new lease of life in record time. Having only a couple of days to sort out many issues and have it race ready on the day of racing was above and beyond what you’d expect from a bike workshop. To be honest, they saved the day. Not only was i able to race, my good old Devinci took me onto a 2nd place at Goodwood crits, missing out on 1st by a wheel length. My highest finish at that venue! Not satisfied with that result, I managed to get another 2nd place the following week, again just missing out on 1st place. The love affair that kick-started it all off, had just re-ignited. Together, we are now eyeing up Cat 2!

Get the latest, breaking, team news